Search
HomeStories
By MsMeddle on May 1, 2015 Stories

Steve pushed his front door open, locked it behind him and let his briefcase drop to the floor. He was fucking tired. It had been a really long day. He wondered if he had the energy to round up a few of his guys so they could catch a couple drinks at the bar nearby. He was feeling for some extra cold Orijin. After all, he thought, making his way up the stairs to his bedroom, today was Thursday, and there was a public holiday on Friday. He could afford to play tonight and sleep it off in the morning.

He pushed open his room door and stood there, something not quite computing. There was a lamp on in his room. A frigging lamp! Where on earth had it come from? He took a step into the room and realized that someone was sitting down in the shadows. The initial panic that rose up in his chest died down when he realized that it was only Rose, his friend with benefits for over 3 years now. He smiled and moved forward, but her voice, calm, soft, yet firm, stopped him.

For some reason, he knew he shouldn’t make jokes, so he stopped, mid-step.

Sit in that chair.

He turned and noticed one of his dining room chairs behind him. He sat, curious. What now?

She got up, slowly and Steve squinted in the dim lighting, trying to make out the look on her face. He gave that up, though, when he realized… She had on the flimsiest little see-through top. It was so short and had such a low neckline, his  lower jaw drooped a little, brain trying to take it all in. She had on hiiiiigh heels, and her legs looked like they went on forever. She turned a little, letting him enjoy her side view, and observe how the lacy hem tickled her butt. She fiddled with something on the bedside table, and the room was filled with music. It seems she’d brought in her own portable speakers because the sound enveloped them.

And then she began to dance.

Slow, sensual, burlesque-type ish that was getting all of his attention.

He leaned back in the chair, using one hand to loosen and remove his tie. It was then he noticed the can of Orijin, so cold it was sweating, and a glass filled with the glorious liquid. He laughed , a low rumbling deep in his throat, unbuttoned his shirt and sat there, sipping the coldest beer this side of the Equator, and getting super turned on by this amazing woman who had taken the time off to learn this for him. She was stroking her hands up and down her body, slowly, and maintaining the most intense eye contact with him the whole time. Raising one arm up above her head, she used the other hand to trace the first, then turned sharply towards him, pointing. 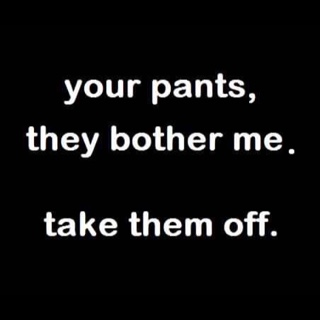 His breath caught in his throat, and there was no question as he shed his clothes, then sat down again, naked as the day he was born, his appreciation of her body strikingly obvious.

Rose kept on dancing, only, he could tell she was also turned on because now it wasn’t so much dancing as her simulating sex, and enjoying herself in the process. His eyes were wide as a curious child’s, but his hand slowly rising to stroke himself as he watched her was all man.

She was on the floor now, backing him and doing a split. She leaned forward fully until the view of her ass spread out right there before him was too much.

Groaning impatiently, he got up, lifted her like a rag doll, flung her onto the bed, ripped her flimsy top off of her, and mounted her like a stray dog in a dark alley. He really was sorry to behave like this, but he really didn’t want to control himself at this point.

They could neither of them stay too long, and soon they were panting like lost children, running away from kidnappers.

The music soothed them back to normalcy, and he wondered what was keeping him from making Rose his girlfriend proper.